The Apresa is a very economical call recorder when recording telephone calls from more than 8 analog lines. Do you want to record from 8 analog lines, 4 lines, or one line? Visit Recording Analog Phones for information about the V-Tap, Call Recorder Pico, Single II, Quarto and Octo.


The Apresa is a versatile call recorder that is able to record from multiple lines simultaneously (analog, VoIP, TDM, and more). It stores the recordings on its own hard disk(s) and is accessible via a web interface. To record analog calls, the Apresa is fitted with a PCI-e card(s). The Apresa stores the calls in a database, including metadata like telephone numbers of the callers. Apresa uses the DTMF signals (which are part of the audio) to detect these telephone numbers. In many cases DTMF can also be used to detect dial codes, if a caller presses a button, for example to insert a silence in the recording. 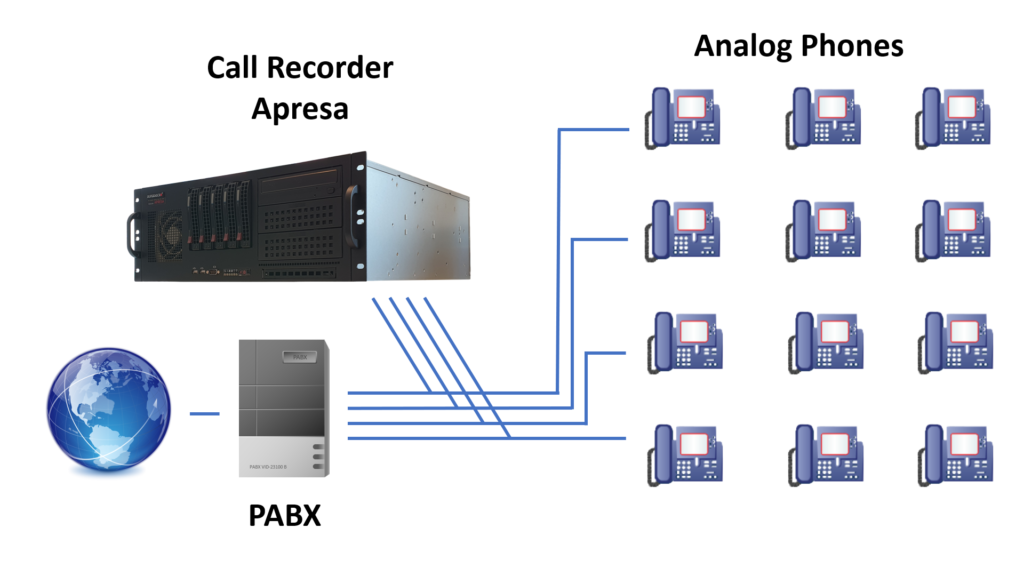 Important: Apresa supports recording VoIP calls. In some cases you can record from analog phones using VoIP recording. Then the Apresa records from a PBX where your analog phones are connected too. PCI-e cards are not needed in this case. See the picture below, showing Active Recording in general.

When Active Recording is used the Apresa receives call data, including the audio stream, because it takes part in the call as a third party. The PBX needs to be configured to make this possible. See the CSTA solution for the Avaya Aura in the picture below, where the DMCC protocol is used. Note the analog phone connected to the PBX. The Apresa records calls from any phone connected to the PBX, regardless of the protocol. 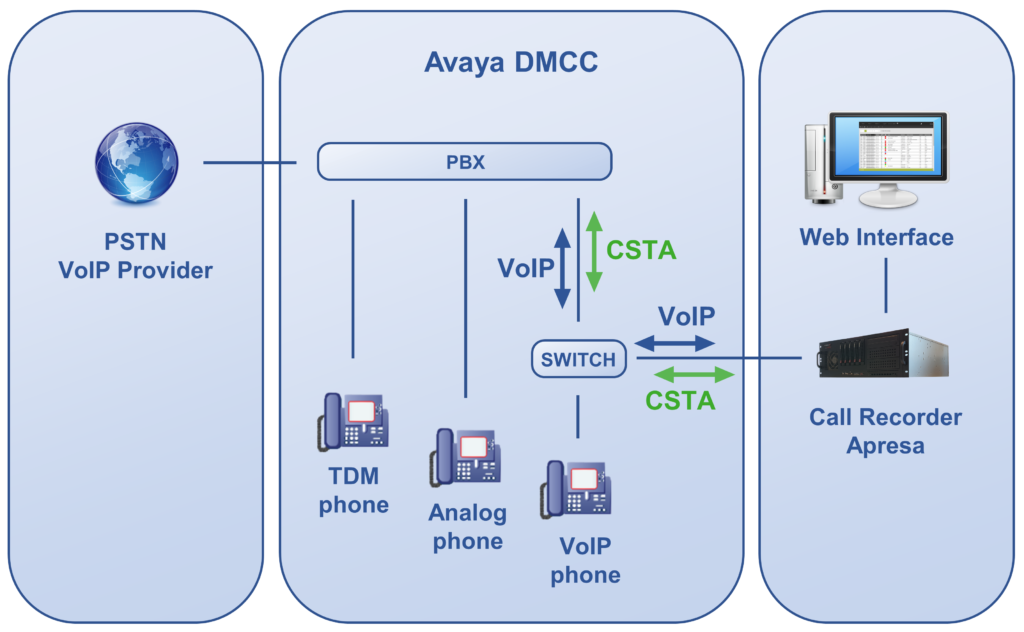