When installed on a Debian Linux server, the Apresa Forwarder can forward network traffic to Call Recorder Apresa. For example, this is a way to record calls from a 3CX PBX running on the Debian server. The Apresa Forwarder sends the data to the Apresa call recorder, which records and stores the VoIP calls. 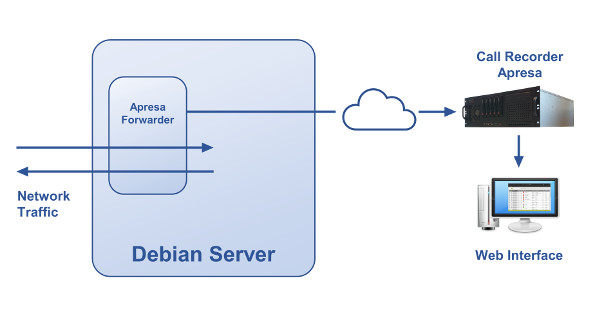